Artifact: Fragrant Mouches from the Princely Perfumery of Lorenzburg

Fragrant velvet mouches from the Princely Perfumery of Lorenzburg (my micronational project) has arrived! Now, anyone can delight in the elegance and court culture of Lorenzburg’s history! 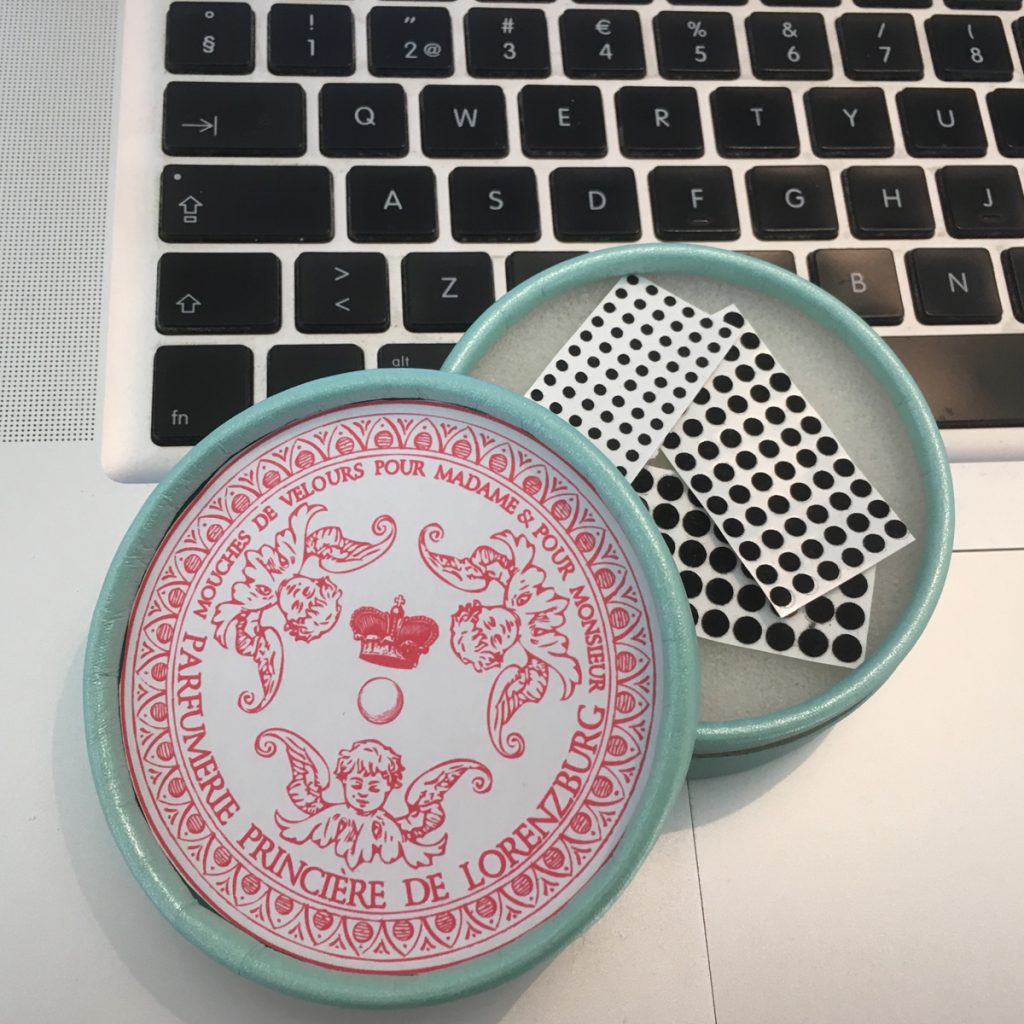 In ancient days sumptuary laws regulated how many of the little decorative velvet patches someone was allowed to wear. Commoners could use only one, while higher status people could use more according to their various ranks. On one historical occasion there was a peasant uprising that manifested in a Mouche Law Defiance. Members of the peasant class would show up sporting spots all over their faces. The uprising lasted a few days and resulted in some reforms, however the sumptuary laws, even though no one follows them anymore, where never formally abolished.

Once worn to conceal a blemish or to create allure, the mouche (French word for ”fly”)—and its specific placement on a woman’s face or neck—would become a language under Madame de Pompadour, extravagant chief mistress to Louis XV (an official role positioning her as an arbiter of taste), and was used as a code of seductive intent. Originally the mouche may have come into fashion in order to hide scars from small pox or other blemishes. They could be painted on or made as re-usable velvet patches to be placed over imperfections in the skin. The placement of the mouche developed into a symbolic language: 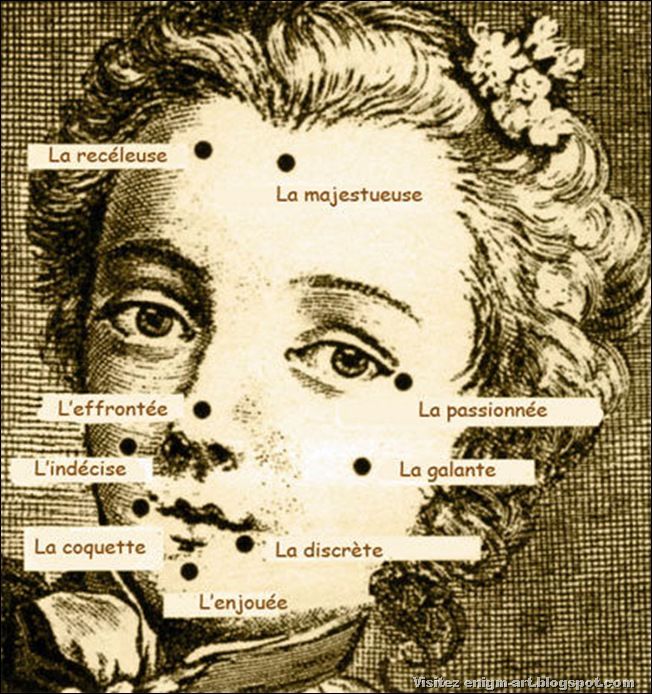 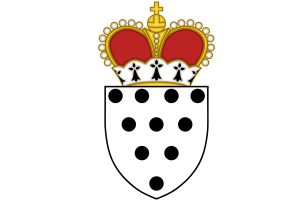 The Master or Mistress of the Mouche has multiple duties in the realm. They are the official that administers the beauty mark(s) to the reigning Prince’s face and they are also the custodian of the ”Princely Mouche” – tiny perfumed velvet patches in a little wooden box called the Pyx (from the greek word ”Boxwood”). Another of the duties of the Master of the Mouche is to oversee that the Law-of-Mark, i.e. the laws regulating rank and mouche privileges, is followed.