I recently discovered a reference to a little-known ”heraldic fur” called plumetty, that is supposed to depict a stylized pattern of feathers. Now, normally heraldry consists of three basic ”tinctures” that is: colors (red, blue and green), metals (white – silver, yellow – gold) and furs (ermine, vair, plummety etc) and there are strict rules on how to put these different elements together.

Here is a coat of arms that pushes the envelope! It is a hypothetical arms for the Lorenzburgian Elf Queen’s daughter, who lost her ring in the forest on the eve of her wedding. By using special circumstance rules one can create rather stunning effects:

Blazon:
”Azure a semy of the arctic starflower (Trientalis europaea) Argent, party per fess inverted plumetty Vert each with an estencelé Gules, charged with a ruby ring Or and Gules. The shield is crowned by a celestial crown.

Combining semy (or semé) patterns with furs allow for effects not normally allowed since blue and green, being colors, can’t be next to each other. The inverted Plumetty may look a bit like moss and the estencelés can represent lingonberrries, the semé of starflowers can double as a night sky. The starflower is also the official flower of the region of Värmland where the micronation Lorenzburg is situated. 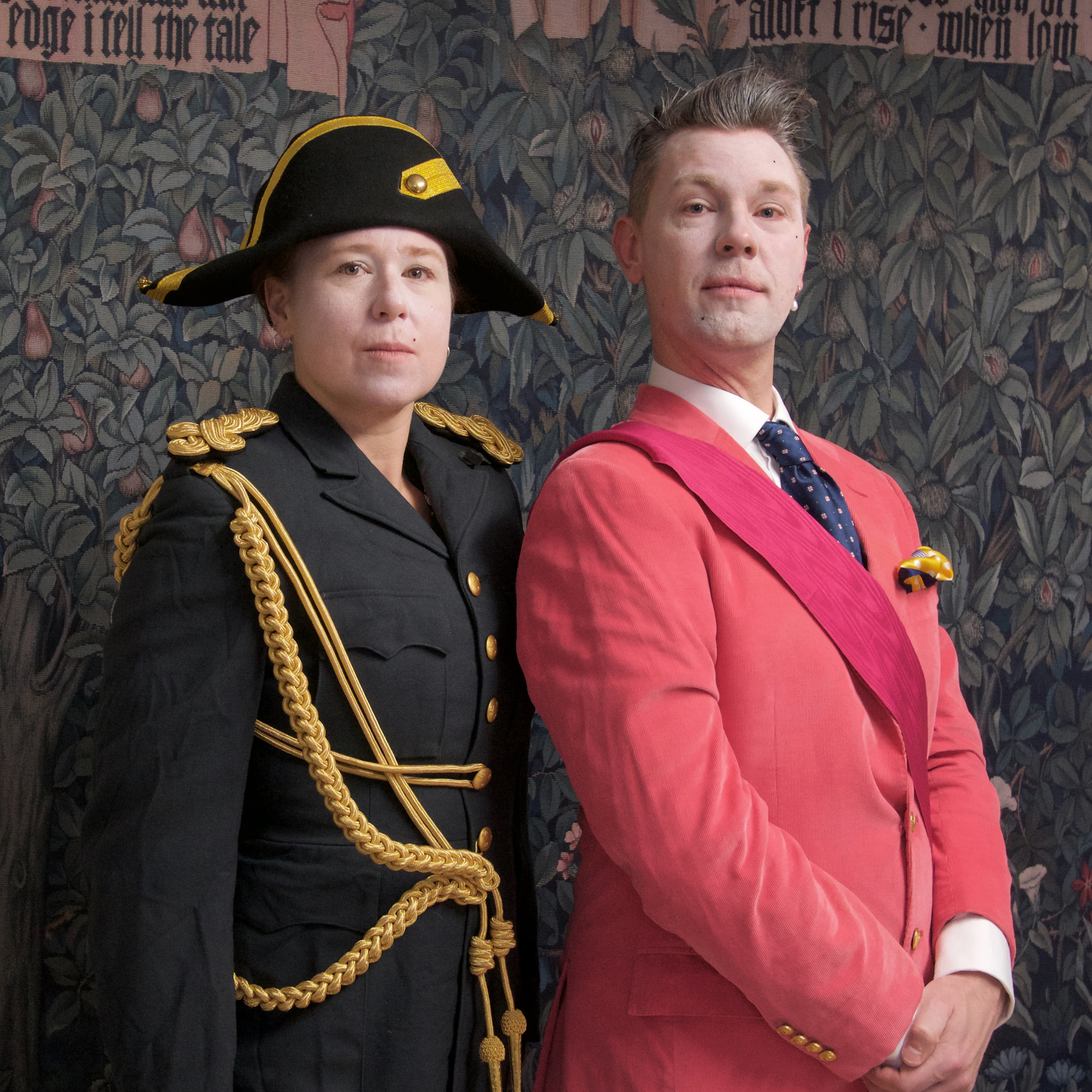 ”A Royal invitation to return to Lorenzburg” – Presentation in Riga 2018